For more than 50 years, an association between diabetes and an increased risk for cancer has been recognized and supported in numerous studies.1-4 With an estimated 1.64 million new cases of cancer and close to 2 million new cases of diabetes diagnosed annually in recent years in the United States (and more than 25 million individuals with diabetes), this association has the potential to affect vast numbers of Americans (see Figure 1).5,6

The largely inherited form of diabetes, type 1, accounts for a small proportion of cases, whereas type 2 (T2DM), an acquired and potentially preventable disease, comprises 95% of diabetes cases and shares multiple risk factors with cancer.1,6,7 Because of the predominance of T2DM in adult populations, it is reasonable to assume that the available evidence pertaining to cancer incidence was obtained from patients with T2DM.8 While suggestive, the supporting evidence cannot conclusively prove causality nor rule out other confounders in the association between cancer risk and diabetes. Much of the evidence linking the diseases comes from observational and epidemiological studies, largely due to the huge numbers needed to detect small differences, which make controlled clinical trials likely impossible.9 Nonetheless, there is plausible evidence linking increased cancer risk and T2DM. Given the large pool of patients with diabetes, even a small increased risk translates to a substantial number of possibly preventable cancers.

Evidence for Association Between T2DM and Certain Cancers

Certain cancers undeniably occur at higher rates among patients with T2DM. A 2012 longitudinal study from Australia, which followed a cohort of 1,426 individuals from 1993 until mid-2010, found 23% and 30% increased rates of cancer (all sites) among men and women with diabetes, respectively.3 Relative risk varies across studies and for different cancer types; however, patients with diabetes have an approximately two-fold higher risk for pancreatic, liver, and endometrial cancers, that persists even 10 years after diabetes diagnosis and is consistent across multiple studies.2,3,8,10 While the potential for reverse causality has been raised for pancreatic cancer, because it interferes with glucose metabolism, the relationship holds among patients whose T2DM diagnosis predates their cancer by 5 and even 10 years; this strongly suggests that, in most cases, reverse causality is not at play.1,2,8 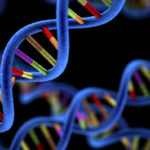