Do you tweet? Do your patients want to “friend” you on Facebook or ask you to recommend apps? Have you read a blog written by a patient or family member? Are you on LinkedIn?

If you have no idea what those questions are asking, you are certainly not alone; the reality is, social media—and all that it encompasses—is rapidly becoming a mainstay in oncology practice. The American Society of Clinical Oncology (ASCO) has a Twitter feed. Major cancer centers, including M. D. Anderson, Moffitt, Memorial-Sloan Kettering, Vanderbilt-Ingram, and the Children’s Hospital of Philadelphia, have Facebook pages, complete with recommendations for treatment, patient comments, and cancer news.1

“The penetration of social media into modern society has become a worldwide cultural phenomenon,” Don S. Dizon, MD, of the Women and Infants’ Hospital/The Warren Alpert Medical School of Brown University, Providence, RI, and colleagues comprising a working group of the ASCO Integrated Media and Technology Committee wrote in the Journal of Oncology Practice. “Social media uses widely accessible Web-based and mobile technologies to facilitate the creation and sharing of user-generated content in a collaborative and social manner.”1 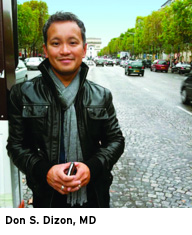 Dr. Dizon, immediate past chair of the Committee, has his own Twitter account, in which his profile reads: “Oncologist, author, and editor. Specializing in care of women with cancer. I speak only for myself. Follow me, I follow back. Always.” He also writes a column for ASCO Connection, a professional networking site. He told ChemotherapyAdvisor.com that he participates in Twitter to get “real-time impressions and see what people are watching, following, and trending.” This also allows him to virtually attend, sessions at ASCO, for example, and hear not only from board-certified medical oncologists but radiation and surgical oncologists, venture capitalists, and patients.

“Given the popularity and almost universal appeal of social media we encourage oncology providers and institutions to learn more and engage in this ongoing evolution,” the working group wrote.1 A survey of 485 oncologists and primary care physicians, conducted in March 2011, found about one in four of these healthcare professionals used social media daily to scan or explore medical information, and 14% used social media daily to contribute new information. While oncologists were more likely to use social media to keep up with innovation, but only 7% of respondents used Twitter.2

Dr. Dizon said he highly encourages all professionals involved in oncologic care to become involved in social media, particularly in Twitter, because the “clinician voice is very limited at this point.” This is especially important “because oncology will get far more complicated. It’s a very, very different world we’re about to enter in oncology; the era of generalizability in cancer therapy is coming to a close,” he predicted. “Social media can help oncologists focus on the pathways, agents, and targets that are going to be more relevant to the tumor and whatever their patient has.” 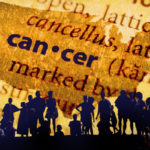