A one-time treatment after resection with a common chemotherapeutic agent may significantly reduce recurrence rates and dramatically cut treatment costs for patients with early-stage bladder cancer.1

Researchers at 23 centers across the United States studied 406 patients with suspected low-grade non-muscle-invasive urothelial cancer. They treated 201 with gemcitabine for 1 hour immediately following resection and 205 with saline.

The study’s lead author, Edward M. Messing, MD, professor of urology, oncology, and pathology at the University of Rochester Medical Center, Department of Urology and the Wilmot Cancer Institute in Rochester, New York, said a one-time treatment also means a dramatic impact on quality of life.

“Many of these people are, as far as we can tell, cured of their disease,” he said in a phone interview, “when they had a much higher chance of recurring without this treatment. While people with low grade cancers don’t usually die of bladder cancer, recurrences mean they go on to have operation after operation, and cystoscopy after cystoscopy. And all those procedures are inconvenient and painful ― in addition to many trips to the doctors, and the need to have medicines put in their bladder repeatedly. So it means a lot to the individual patient.”

Other studies have conducted similar trials, and found similar results with other chemotherapeutic agents, the authors noted, including mitomycin and epirubicin.

“However, despite compelling clinical trial data and guideline recommendations,” they wrote, “these treatments are infrequently used in the United States.”

The cost and availability of those drugs may be an obstacle, Dr Messing said. That’s what led him and his colleagues to test gemcitabine, which is readily available and relatively cheap by comparison.

“Compared with mitomycin, gemcitabine is considerably less expensive (average sales price for 2 g of gemcitabine is $55.70 and for 40 mg of mitomycin is $1062.72),” Dr Messing’s study reported. “Additionally, mitomycin appears to have greater toxicity than gemcitabine when administered intravesically.” 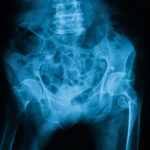