Chemoresection with mitomycin (MMC) can reduce the need for surgery without compromising outcomes in patients with recurrent nonmuscle invasive bladder cancer (NMIBC), according to a study published in the Journal of Clinical Oncology.

The primary outcome was the number of patients in both groups undergoing a surgical procedure (TURBT or office biopsy) within 2 years. This included baseline procedures in both groups and procedures because of recurrence during follow-up in the intervention group. Recurrence-free survival (RFS) was also assessed in both groups.

The median follow-up was 34 months. The rate of surgical procedures was significantly lower in the intervention group than in the control group — 71% and 100%, respectively (P <.001).

On the other hand, there was no significant difference in 12-month RFS between the intervention and control groups — 36% and 43%, respectively (P =.50).

“The reduced number of required procedures did not compromise the long-term oncological safety; thus, no difference was seen in RFS. Therefore, we propose the implementation of primary chemoresection as an effective treatment strategy for small, recurrent Ta low-grade tumors that require adjuvant instillations,” the researchers concluded.

Disclosure: This research was supported by Medac GmbH Germany and others. Some study authors declared affiliations with biotech, pharmaceutical, and/or device companies. Please see the original reference for a full list of disclosures. 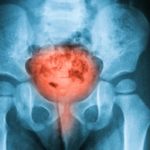