Patients with bladder cancer who undergo radical cystectomy are at a long-term risk of recurrence and should maintain lifelong follow-up, according to a study being published in Urology.1

Radical cystectomy is part of the standard treatment for patients with high-risk muscle-invasive or non-muscle-invasive bladder cancer, though up to half of patients have disease recurrence.

While recurrence within 3 years is well-studied, there are limited data about recurrence after 5-years (late recurrence). For this study, researchers attempted to determine whether particular characteristics and outcomes are associated with late recurrence of bladder cancer.

Researchers reviewed data from 1652 patients with bladder cancer who underwent radical cystectomy. The information was obtained from 3 referral centers; all patients underwent cystectomy between 1988 and 2012.

The authors concluded that “time to recurrence influenced the post-recurrence survival independent of the site of disease recurrence. Our findings support the need for life-long follow-up with a personalized schedule based on individual risk factors.” 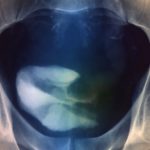