Current and investigational bladder-sparing treatments have only “moderate” efficacy against nonmuscle-invasive bladder cancer (NMIBC) following bacillus Calmette-Guérin (BCG) failure, according to a review published in The Journal of Urology.

Single and combination intravesical chemotherapy had complete response rates that ranged from 10% to 83% at 12 months. Combined gemcitabine plus docetaxel is a commonly used regimen.

Based on limited data, hyperthermia with chemotherapy demonstrated more favorable 12-month complete response rates of 50% to 85%. However, progression occurred in up to 18% of patients.

The investigators cautioned that this systematic review could not account for all clinically relevant variables influencing NMIBC recurrence.

“Given the moderate early success rates and the limited toxicities of several of the preclinical drugs discussed, some of these treatments may reach clinical use in the coming years,” the investigators wrote.

In an accompanying editorial, Padraic O’Malley, MD, and Paul L. Crispen, MD, of University of Florida at Gainesville, called the review “excellent,” but noted that success rates for treating NMIBC after BCG failure need to improve.

“Despite the tremendous efforts by the investigators leading, and the patients participating, in the studies reviewed, only marginal improvements in durable response rates have been gained over time,” they wrote. “Thankfully, there is great promise in the multiple therapeutics that are in development and undergoing evaluation in current trials.”

Disclosure: One study author declared affiliations with biotech, pharmaceutical, and/or device companies. Please see the original reference for a full list of disclosures. 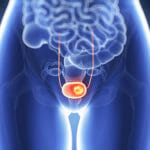