Patients who have no residual disease following radical cystectomy for bladder cancer should still undergo long-term surveillance, according to investigators.

They found that bladder cancer recurrence and metastasis can develop up to 4 years after surgery. The investigators reported this finding in Urologic Oncology.

Delayed recurrences were observed as late as 34.4 months and 49.9 months in the ypT0 and pT0 groups, respectively. There were no recurrences beyond 5 years.

Of the 16 patients who experienced a recurrence, 9 (56%) had clinical locally advanced disease, 6 (38%) had muscle-invasive disease, and 1 (6%) had noninvasive disease. The lungs were the most common site of metastases (5 patients, 31%).

The investigators noted that this study was a single-institution retrospective analysis at a tertiary care center, which may introduce selection bias and limit the generalizability of the results. They also pointed out that the study cohort “may not be large enough to detect certain differences in recurrence patterns or risk factors.”

Nevertheless, the team wrote that this study “highlights the importance of surveillance of patients with no residual disease after [radical cystectomy], especially in the post-NAC setting.”

The investigators noted that guidelines allow for surveillance imaging intervals of up to 6 to 12 months after radical cystectomy, but “closer follow-up may be needed in ypT0 patients compared to the pT0 group, especially in the first 2 years. Special attention should be paid to those with the higher clinical stage before NAC since our findings support the impact of this factor on both RFS and OS.” 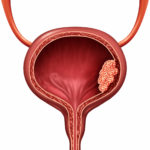 Repeat TURBT Before RC Does Not Improve Bladder Cancer Outcomes