Using real-world, international data, Beat Foerster, MD, of the Medical University of Vienna in Austria, and colleagues studied 267 patients with nonmetastatic high-risk UTUC who received chemotherapy prior to radical nephroureterectomy (RNU) during 2005 to 2017. Of these, 31% received methotrexate, vinblastine, doxorubicin, and cisplatin (MVAC); 46% received gemcitabine and cisplatin (GC); 9% received gemcitabine and carboplatin (GCb); and 12% received other regimens.

“Approximately half of the patients experienced measurable response to chemotherapy at the time of surgery and had a major survival benefit during follow-up. Overall, our results confirm the beneficial role for the use of cisplatin-based preoperative chemotherapy in patients with high-risk UTUC and can be used in patients counselling and treatment planning,” they concluded. “However, results from prospective clinical trials are urgently needed to change the treatment paradigm of UTUC management.” 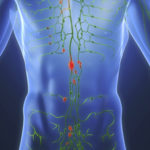