(HealthDay News) — Longer duration and more pack-years of cigarette smoking are associated with a higher risk for recurrence of non-muscle-invasive bladder cancer (NMIBC), according to a study published in JAMA Network Open.

Researchers examined associations between recurrence and progression of NMIBC and the use of tobacco (cigarettes, pipes, and cigars), e-cigarettes, and marijuana. The analysis included 1472 patients with NMIBC diagnosed from 2015 to 2019 and followed for 26.4 months.

Recurrence risk was not associated with having ever smoked, being a former or current cigarette smoker, and years since quitting smoking. Furthermore, there were no associations observed for pipes, cigars, e-cigarettes, or marijuana.

“Cigarette smoking remains a critical exposure before and after diagnosis in survivors of NMIBC,” the authors wrote. 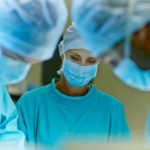