In a study, 96 of 105 patients with cTa-3N0M0 UTUC had complete regional LND with an anatomical template-based rule during laparoscopic RNU. (A median of 12 lymph nodes per patient were removed.) Lymph node metastases were observed in 7 patients upon routine pathology, and micrometastases were found in 5 additional patients based on pan-cytokeratin immunohistochemistry. No nodal metastases occurred in patients with less than pT1 UTUC.

Nonurothelial disease recurrence was observed in 20% of patients at a median of 10 months, including distant metastasis in 14.3%, locoregional recurrence in 4.8%, and both in 0.95%, Ryuji Matsumoto, MD, PhD, of Hokkaido University Graduate School of Medicine in Sapporo, Japan, and collaborators reported in Urologic Oncology. At 5 years, nonurothelial recurrence-free survival rates were 84.8% for node-negative patients, 53.3% for patients with micrometastases, and 19.1% for node-positive patients. Five-year cancer-specific survival rates followed the same pattern: 95.0% vs 53.3% vs 23.8%, respectively.

Template-based LND was routine at their 2 institutions, the authors stated.

“Because locoregional recurrence was the most frequent form of recurrence in the previous cohorts in which LND was skipped in a large proportion of patients, our observations strongly suggest that template-based LND could facilitate better local disease control by eliminating micrometastasis,” Dr Matsumoto’s team wrote.

“The survival impact and ideal management of pNmicro+ disease should be evaluated in a larger cohort,” Dr Matsumoto’s team said. 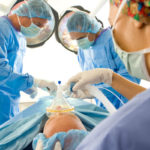