In a separate interview from October 2019, Dr Parikh said that the FDA indication restriction “had not been incorporated into guidelines from most payers and other bodies by the end of our study, which was January 2019,”3 implying that the change in prescribing habits was not likely the result of any reimbursement or formulary directives.

But a formulary update from Aetna dated October 5, 2018, reads: “This [clinical policy bulletin] is revised to state that atezolizumab is considered medically necessary for (i) urothelial cancer as first-line systemic therapy in cisplatin-ineligible persons whose tumors express PD-L1 (defined as PD-L1 stained tumor-infiltrating immune cells [IC] covering greater than or equal to 5% of the tumor area) or who are not eligible for any platinum-containing chemotherapy regardless of PD-L1 expression.”4 A September 2018 update to Aetna’s atezolizumab policy also mentioned PD-L1 and appears to address the FDA label restrictions.5

And, an update to the National Comprehensive Cancer Network (NCCN) guidelines for bladder cancer (Version 5.2018), outlined the PD-L1 expression threshold that must be present to consider prescribing either of these monoclonal antibodies in the frontline setting to cisplatin-sensitive patients with bladder cancer.6

Similarly, another health care company called Highmark, which operates as a Medicaid managed care organization, on August 20, 2018, announced policy revisions regarding atezolizumab and pembrolizumab that appeared to incorporate the findings from the aforementioned phase 3 trials on overall survival in patients expressing PD-L1.7

Although exact dates that insurers began to cover PD-L1 testing in UC are variable, following the FDA safety announcement, testing for PD-L1 was more prevalent. “In our practice, we did not routinely test for PD-L1 before this label restriction,” Dr Parikh said, but confirmed that after the label restriction, he did routinely test for it — and added that most insurers started covering PD-L1 testing more broadly around this time. 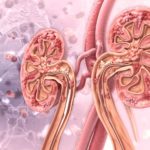