(HealthDay News) — Hysterectomy-corrected uterine cancer incidence rates show that nonendometrioid carcinoma rates have been increasing among all women, according to a study published online May 22 in the Journal of Clinical Oncology.

Megan A. Clarke, Ph.D., from the National Cancer Institute in Rockville, Maryland, and colleagues calculated hysterectomy-corrected age-standardized uterine corpus cancer incidence rates from 2000 to 2015 from the Surveillance, Epidemiology, and End Results database in 18 population-based registries.

“Our findings show profound racial differences and disparities with respect to subtype-specific incidence and survival, indicated by the higher burden of nonendometrioid subtypes and poorer survival irrespective of stage or histology among black women, suggesting a combination of biologic and care-related factors,” the authors write. 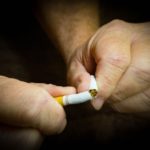