The authors aim to investigate the impact of bevacizumab (BEV) administered dose on median overall survival (mOS) of patients with progressive glioblastoma (GBM). Dosing BEV at half the standard dose for progressive/recurrent GBM was at least equivalent to or, maybe better than standard dosing. 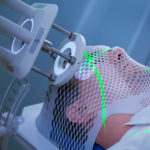