In a study published in The Journal of Clinical Investigation, the researchers reveal that a protein associated with reduced cancer risk – retinoblastoma protein (RB) – is much less active in the brain cells of men than women. From this, the team confirmed that tumors grow faster and more frequently from male brain cells than they do from female brain cells. 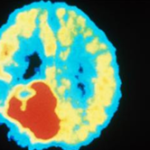