An abbreviated magnetic resonance imaging (MRI) protocol can exclude malignancy in women with suspicious X-ray mammography screening, according to a study published in Radiology.

The authors sought to examine the ability of a diagnostic abbreviated MRI protocol consisting of maximum intensity projections (MIPs) from diffusion-weighted imaging with background suppression (DWIBS) and unenhanced morphologic sequences to help predict the likelihood of malignancy.

Participants underwent two abbreviated protocols based on MIPs and the findings were compared with those of the full diagnostic protocol and histopathologic findings. Twenty-four participants had a breast carcinoma.

With the second abbreviated protocol (subtraction images from the first post-contrast and the unenhanced series), the sensitivity, specificity, NPV, and PPV were 0.85, 0.90, 0.87, and 0.89, respectively; the mean reading time was 29.6 seconds.

“Unenhanced diagnostic MR imaging (DWIBS mammography), with an NPV of 0.92 and an acquisition time of less than seven minutes, could help exclude malignancy in women with suspicious X-ray screening mammograms,” the authors write. 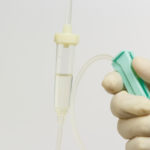