Aromatase inhibitors (AIs), such as letrozole and exemestane, are associated with a higher risk of myocardial infarction compared with tamoxifen among post-menopausal women being treated for early stage breast cancer, according to a study published in the European Journal of Cancer.1

Breast cancer therapy is associated with cardiovascular disease, which is leading cause of death among older breast cancer survivors. A recent meta-analysis demonstrated a small but significant increase in the risk of cardiovascular events among patients with aromatase inhibitors versus tamoxifen. Researchers compared the risk of myocardial infarction among aromatase inhibitor-treated patients versus those who received tamoxifen in a retrospective cohort study.

Investigators analyzed data from a total of 9350 women aged greater than 55 years diagnosed with stage I-III breast cancer between 2005 and 2010. Of those, 7409 received aromatase inhibitors and 1941 were treated with tamoxifen. All women were observed through March 2012; there was no significant difference in the prevalence of ischemic heart disease at baseline (P = .96).

After an average of more than 3 years of follow-up, there were 123 hospitalizations due to myocardial infarction, with 106 events in the aromatase inhibitor group (1.4%) and 17 events in the tamoxifen group (0.9%).

After adjusting for confounding factors, the investigators found that treatment with aromatase inhibitors was associated with an approximately 2-fold higher risk of myocardial infarction versus tamoxifen.

RELATED: Q&A: With Dr Anna Boltong: The Link Between Alcohol and Breast Cancer

This study did not, however, account for cumulative anthracycline exposures among individual patients, and did not consider particular reasons for preferential prescription of tamoxifen.

The findings suggest that clinician should consider the risk of myocardial infarction when choosing the optimal adjuvant endocrine therapy for patients with early stage breast cancer. 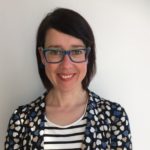 Q&A: With Dr Anna Boltong: The Link Between Alcohol and Breast Cancer