In addition to confirming several well-known cancer predisposition genes, investigators found that novel genes MSH6 and ATM were significantly linked to moderate risk in breast cancer and ovarian cancer, respectively, according to a study published in JAMA Oncology.

A team of researchers from Ambry Genetics Inc. performed whole-exome sequencing to investigate if non-BRCA cancer genes that are not commonly included in multigene panel tests are associated with breast and ovarian cancer risk — and they attempted to ascertain the degree of this risk.

Neither MRN complex genes nor CDKN2A was associated with increased breast or ovarian cancer risk. Previously reported associations between ovarian cancer susceptibility genes BRIP1, RAD51C, and RAD51D and breast cancer were not supported in this analysis; mismatch repair genes MSH2 and PMS2 were also found not to be associated with breast cancer risk.

“Our findings in a large sample of patients referred for genetic testing confirmed several known or suspected associations with [breast cancer] or [ovarian cancer] and implicate new roles for genes involved in genomic maintenance,” the investigators concluded. “These results, therefore, have the potential to serve as the foundation for future epidemiologic, clinical, or functional studies of [breast cancer] or [ovarian cancer] and to inform comprehensive genetic testing and clinical practice.”

Disclosure: This study was funded by Ambry Genetics Inc. 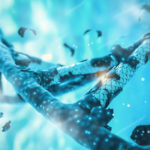