“We have been reporting this same disparity year after year for a decade. It is time for health systems to take a hard look at how they are caring differently for Black women,” Rebecca Siegel, senior scientific director of surveillance research at the American Cancer Society, said in a statement.2

The data for this report were derived from multiple US registries.1 In addition to showing trends over time, the data were used to estimate breast cancer incidence and mortality in 2022.

The researchers also estimated that 1 in 8 women will be diagnosed with invasive breast cancer in their lifetime, and 1 in 39 will die of breast cancer. The risk of diagnosis peaks at 70-79 years of age, but the risk of death continues to increase with age.

The incidence of breast cancer during 2015-2019 was lowest in Hispanic women and highest in White women. The incidence rate (per 100,000 persons) was:

The breast cancer death rate during 2016-2020 was highest in Black women and lowest in Asian/Pacific Islander women. The death rate (per 100,000 persons) was:

The rate of death was 40% higher among Black women than among White women during 2016-2020. The researchers noted that Black women had the lowest survival of any racial/ethnic group for every molecular subtype and stage of disease except stage I.

“These inequalities could be mitigated by expanding access to high-quality prevention, early detection, and treatment services to all women through nationwide Medicaid expansion and forging partnerships between community stakeholders, advocacy organizations, and health systems to address detection and treatment inequalities,” the researchers wrote.

Disclosures: One of the study authors declared potential conflicts of interest. Please see the original reference for a full list of disclosures. 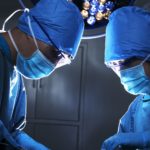