The biosimilar was never supposed to be better. The plan was to merely to show no clinical difference between a biosimilar in clinical development and the product it was trying to mimic, trastuzumab. Not better, not worse — but similar.

Yet, the data the researchers revealed suggested the biosimilar to trastuzumab that was in development at the time performed better.

The biosimilar to trastuzumab being evaluating in the phase 3 equivalency study was called SB3, and the trial enrolled patients with HER2-positive early-stage breast cancer who were randomly assigned to receive neoadjuvant treatment with SB3 or the originator product trastuzumab.

However, at 1-year of follow-up, the breast pathologic complete response rate — which was the primary end point of the investigation — appeared slightly better for patients who received the biosimilar compared with those who received standard trastuzumab.1

In all, 51.7% of patients in the biosimilar group had a breast pathologic complete response compared with only 42% of patients in the standard trastuzumab group. And while the adjusted hazard ratio (HR) had a confidence interval safely within the equivalency margins, the adjusted difference of 10.70% had a confidence interval that was not, suggesting the biosimilar may, in fact, be better than the originator product.1

“This strikes terror in the heart of a biosimilar producer because you only get approval if you’re a biosimilar. You can’t be a biobetter,” Hope Rugo, MD, professor of medicine in the division of hematology and oncology at the University of California San Francisco Helen Diller Family Comprehensive Cancer Center, told Cancer Therapy Advisor. She was not involved in study of SB3 but has served as an unpaid advisor to Samsung Bioepis Co., Ltd., the manufacturer of SB3.

“You don’t want to be a biobetter because then you have all different regulations,” she explained. A biosimilar that fails to show equivalency to the originator product is treated as a new drug and no longer qualifies for the abbreviated clinical development path that biosimilars are allowed.

To convince regulatory agencies that their biosimilar was indeed a biosimilar, Samsung needed to explain the unexpected results, and so it did something unusual for a biosimilar manufacturer: the company began characterizing the physiochemical and biologic properties of the originator product. To do this, Samsung researchers analyzed up to 103 unexpired lots of the originator product from the United States and Europe that had expiration dates between March 2015 and December 2019.2

Through this analysis, the researchers found that the lots with expiration dates between March 2015 and July 2018 had consistent properties — but that a clear shift in glycosylation occurred for lots with expiration dates between August 2018 and December 2019. This glycan shift was associated with a downward drift in antibody-directed cellular cytotoxicity (ADCC) activity — a measure of biologic activity for trastuzumab that is believed to be clinically relevant.2 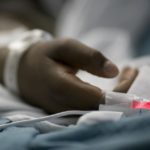