Mepitel Film can reduce the risk of radiation dermatitis in patients with breast cancer, according to research presented as part of the 2022 ASCO Monthly Plenary Series for October.

Based on these results, researchers recommend the use of Mepitel Film for preventing moderate to severe radiation dermatitis in patients at high risk.

The researchers conducted this phase 3 trial (ClinicalTrials.gov Identifier: NCT04166799) in 376 patients with breast cancer who had undergone lumpectomy or mastectomy. Patients who underwent a lumpectomy had a bra size of at least 36 inches and/or a cup size of C or higher.

The patients were scheduled to receive conventional or hypo-fractionated RT to the whole breast or chest wall, with or without regional lymph nodes.

The patients were randomly assigned 2:1 to receive Mepitel Film (n=251) or standard skin care (n=125) during RT. Baseline characteristics were well balanced between the treatment arms. There was 1 male patient.

Mepitel Film was applied on the first day of RT and was replaced on the last day of RT, to be worn for an additional 2 weeks after RT completion. Patients in the standard care arm received aqueous cream, saline compresses, topical corticosteroids and antibiotics, oral analgesics, and home care/dressings.

There were 8 patients who switched from Mepitel Film to standard care — 2 due to an allergic rash, 1 due to excessive pruritus, and 5 for other reasons. One patient withdrew from the standard care arm due to an unwillingness to complete follow-up.

Topical antibiotics were required in 23.1% of patients in the Mepitel Film arm and 43.2% of those in the standard care arm (P <.0001). There was no significant difference in the use of topical steroids between the arms.

Disclosures: Mepitel Film for this study was supplied by Molnlycke Health Care LTD. Please see the original reference for a full list of disclosures. 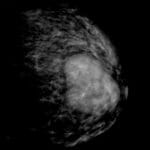