Adding pertuzumab to treatment with trastuzumab and chemotherapy can prolong survival in patients with metastatic breast cancer but is not cost effective, according to research published in JAMA Oncology.

In fact, pertuzumab would not be considered cost effective even after a 100% price reduction, according to researchers.

The incremental cost-effectiveness ratio (ICER) for the pertuzumab group compared with the control group was $316,203 CAD per LY gained and $436,679 CAD per QALY gained.

The main contributors to the cost differences were the cost of pertuzumab itself (60%), outpatient cancer treatment delivery (24%), and trastuzumab (15%).

The researchers noted that, even when the price of pertuzumab was reduced 100%, the ICER was $174,027 CAD per QALY, and this exceeds the conventional willingness-to-pay threshold of $100,000 per QALY.

“Results of this study suggest that, based on the conventional willingness-to-pay threshold, pertuzumab, trastuzumab, and chemotherapy would not be considered cost effective, even if pertuzumab was free,” the researchers concluded. 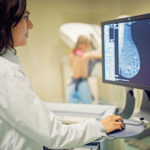