A combination of breast conservation surgery and radiation is as effective as breast removal for some women with large, localized invasive breast tumors, according to a study published in Cancer.

Richard Bleicher, M.D., of the department of surgical oncology at Fox Chase Cancer Center in Philadelphia, and colleagues analyzed data from 5,685 women who had nonmetastatic breast tumors larger than 5 cm who had surgery between 1992 and 2009.

Of those women, nearly 16 percent had breast conserving lumpectomy and radiation rather than breast removal.

The researchers found that over a median follow-up of seven years, overall survival and breast-cancer specific survival rates were similar for both groups of women.

“This study, the largest of its kind, demonstrates that women who are felt to be amenable to resection by their surgeons can have a lumpectomy and radiotherapy to the breast, and have an equivalent outcome as mastectomy,” Bleicher said in a Fox Chase news release.

“Many surgeons may not do breast conservation for patients with large tumors, even when their breast size is generous enough to accommodate such a large tumor removal,” he added.

“We now have data demonstrating that breast conservation appears safe and should remain an option when the surgeon feels that the patient’s breast size can accommodate the resection.” 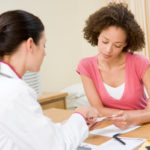