(HealthDay News) — Women with early, low-risk, hormone-driven breast cancer are less likely to have a recurrence of their disease if they have radiotherapy after surgery as well as antihormone treatment, according a study presented at ESTRO 38, the annual meeting of the European Society for Radiotherapy and Oncology, held from April 26 to 30 in Milan.

Gerd Fastner, M.D., of the Paracelsus Medical University Salzburg in Austria, and colleagues recruited 869 postmenopausal women between 1996 and 2004 and randomly assigned them to either antihormone treatment and whole breast irradiation (WBI) or antihormone treatment alone after breast-conserving surgery. The patients had early, low-risk tumors that were either grade 1 or 2, were less than 3 cm in diameter, and had no cancer cells identified in the lymph nodes. None of the patients had received previous chemotherapy, radiotherapy, or hormone therapy.

“Our findings show that radiotherapy is still highly effective in significantly improving local control and disease-free survival in combination with antihormones, compared to antihormones alone,” Fastner said in a statement. “This remains true after long-term follow-up of breast cancer patients with a good prognosis. In our analysis, the omission of whole breast irradiation turned out to be the main predictor for in-breast recurrences.” 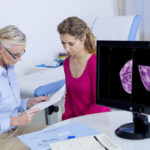