Women who receive a false-positive mammography delay their subsequent mammography screenings, according to a study published in Cancer Epidemiology, Biomarkers & Prevention, a journal of the American Association for Cancer Research.1

Previous studies have inconsistent findings regarding the effect of false-positive mammogram results on patient behavior for subsequent screening.

Firas M. Dabbous, PhD, of the James R. & Helen D. Russell Institute for Research & Innovation of Advocate Health Care in Park Ridge, Illinois, told Cancer Therapy Advisor that changes in national guideline recommendations and new technology warranted a modern evaluation of this behavior. “We wanted to understand if we would see the same results as in the past or if anything had changed,” he said.

Mammography screening data from 261,767 women from a large health care organization within the greater metropolitan Chicago area were included in the analysis. Mammograms conducted more than 12 months after the index mammogram were considered delays in obtaining subsequent screening.

In the study, 650,232 mammograms demonstrated a true-negative result and 90,918 were considered a false-positive.

Dr Dabbous said that although “more studies are needed to confirm these findings, the importance of this research is that we want to really encourage women to comply with mammography screening.” 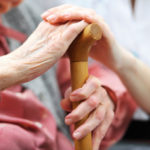