“One of the main criticisms of breast cancer screening is that it does not have an effect on lowering the incidence of advanced-stage disease in the total population, usually based on registry data,” explained Linda de Munck, MSc, of the Netherlands Comprehensive Cancer Organisation. “However, if no information is available on individual screening status, no valid conclusions can be drawn in these studies.”

To contribute to this debate, Ms de Munck and colleagues linked data on tumor stage with individual data on screening program attendance in the Netherlands.2 They found that breast cancer occurred almost 3 times more often at an advanced stage in women who did not attend the screening program compared with those who attended.

According to Ms de Munck, best practices for breast cancer screening in the Netherlands include free screening through a centralized organization with an associated quality assurance program. There is also a link between screening registry and the Netherlands Cancer Register, providing national data on screen-detected and interval cancers.

For this study, Ms de Munck and colleagues compared the age-specific incidence rates of early and advanced breast cancer among women who attended a fully implemented, nationwide, steady-state breast cancer screening program, and those who did not. The study included 72,612 women from the Netherlands Cancer Registry aged 49 years or older diagnosed with breast cancer between 2006 and 2011. Cancers were considered screening-related if diagnosed within 24 months after screening. 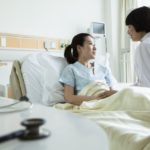