The immune system modulates response to therapies containing trastuzumab and pertuzumab in patients with breast cancer, a new study published online ahead of print in the journal Annals of Oncology has shown.

For the study, researchers sought to investigate in the NeoSphere trial, which evaluated the efficacy and safety of neoadjuvant pertuzumab and trastuzumab in women with locally advanced, inflammatory, or early HER2-positive breast cancer, the contribution of the immune system to pathological complete response in breast (pCRB) after neoadjuvant docetaxel with trastuzumab, pertuzumab, or both, or monoclonal antibodies alone.

Results showed that the greatest benefit from neoadjuvant docetaxel with trastuzumab and pertuzumab was observed for low expression of MHC1, CTLA4, PDL1, and IF-1 immune markers.

Researchers found that in the combined trastuzumab/pertuzumab/monoclonal antibodies alone treatment group, higher expression of PD1, MHC2, and STAT1 were associated with pCRB.

“The involvement of PDL1 in resistance supports testing combinations of HER2-directed antibodies and immune-checkpoints inhibitors,” the authors concluded. 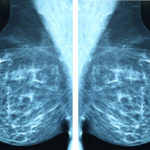