Adding to the debate about the benefits of mammography screening before age 50, a new research review finds limited evidence that screening prevents breast cancer deaths among women in their 40s. The report, published in the New England Journal of Medicine, reflects a longstanding debate.

The results come from the International Agency for Research on Cancer, which asked experts from 16 countries to look at the latest evidence on breast cancer screening.

What they found largely confirmed what experts have long said: For women ages 50 to 75, routine mammograms reduce the risk of dying from breast cancer. For women in their 40s, however, the agency found only limited evidence of such a benefit.

Still, one panel member said that conclusion was far from unanimous. “The group was split down the middle, at least when it came to women ages 45 to 49,” Robert Smith, Ph.D., vice president of the American Cancer Society, told HealthDay.

“Half of us thought the data were sufficient to say [screening mammography] reduces breast cancer mortality. Others were not persuaded.”

Smith stressed that all women should be fully informed of the downsides going into screening. But as far as the cancer society is concerned, he said, the evidence of benefit to women in their 40s is sufficient. 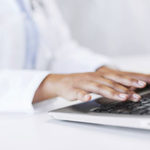