Women at high risk of harboring BRCA mutations frequently do not undergo BRCA mutation testing, according to a study published in the American Journal of Preventive Medicine.1

In this retrospective cohort study, insurance claims data from 53,244 women was collected from Clinformatics Data Mart Database between 2004 and 2014.

The authors attributed some of the increase in testing among low-risk women to lack of knowledge of health care providers regarding the indication of the test. The low cost of the test also enables women to choose to undergo testing and self-pay.

The data from this study suggest that high-risk women are not undergoing testing. According to a press release, the authors noted that “many of the tests are performed in women who do not carry harmful BRCA mutations. Policymakers may need to take this into consideration to promote proper use of the test and maximize the detection of mutations carriers.”2 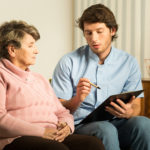