Males with breast cancer are less likely to survive than females after disease recurrence, which may be due to less aggressive treatment after relapse, according to the first study to address relapse patterns between the 2 genders.1

While palliative systemic treatment (endocrine therapy or chemotherapy) had a favorable effect on prognosis, significantly more males than females (21.5% versus 4.4%; P = .02) received only symptomatic treatment, or best supportive care, at first recurrence, the study showed.

One reason for this difference may be that “the more comorbidities that male patients have do not allow aggressive treatments in advanced disease,” Miguel Henriques Abreu, MD, PhD, of the department of medical oncology, Portuguese Institute of Oncology of Porto in Portugal, told Cancer Therapy Advisor.

To tailor therapy, clinicians must focus on patients’ global conditions, disease aggressiveness, and preferences, he added. “If they have good performance status and a rapidly progressive disease—symptomatic and/or with signs of organ failure—they are candidates for similar chemotherapy used for women.

“If they have indolent disease with lower tumor burden, palliative endocrine therapy is the best option,” with tamoxifen being the recommended agent. Previously, in male patients with early breast cancer, Dr Abreu and colleagues found that CYP2D6*4 polymorphisms are associated with risk of recurrence; those who were considered “poorer tamoxifen metabolizers” based on these polymorphisms had a worse overall survival when tumors exceeded 2 cm.2

In this study, a cohort of 23 males was matched with a cohort of 69 females with breast cancer to estimate the effects of treatment patterns on disease outcomes after recurrence. Variables used to match the groups were year of diagnosis, age at diagnosis (within 5 years), stage, and biological subtype. Only luminal-like tumors were included.

Type of surgery, adjuvant treatments, chemotherapeutic regimens (based on taxanes and anthracyclines), and median time from diagnosis to recurrence were found to be the same among male and female subjects.

Dr Abreu said his group also found that improved survival was observed in male patients who were estrogen receptor/progesterone receptor positive, androgen receptor negative, HER2 negative, and who had low levels of the ki67 protein and the p53 tumor suppressor gene.3 This suggested that prognostic information based on subgroups was different for males and females, “and documented that we need new subgroups for males,” he said. 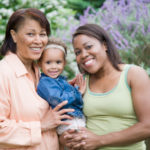