Neratinib demonstrated clinical efficacy for patients with HER2-positive, hormone-receptor-negative breast cancer, according to a study recently published in The New England Journal of Medicine.1

For this I-SPY 2 TRIAL (Investigation of Serial Studies to Predict Your Therapeutic Response with Imaging and Molecular Analysis 2), which was a phase 2, randomized study, researchers enrolled 211 females with clinical stage II or III breast cancer, and assigned them to receive either standard chemotherapy with an experimental regimen or standard chemotherapy alone.

Neratinib was considered efficacious for treatment of HER2-positive, hormone-receptor-negative cancer, as it met the study’s pre-specified efficacy threshold: complete responses were observed in 56% of these patients, versus only 33% of controls.

The researchers concluded that neratinib is 79% likely to be successful in phase 3 testing, particularly among HER2-positive, hormone-receptor-negative patients with breast cancer.

RELATED: Biosimilar to Trastuzumab Comparable in Efficacy, Safety for Advanced HER2+ Breast Cancer

Adverse events, the most common of which was diarrhea, were similar to those of patients enrolled in other studies of advanced breast cancer. 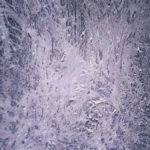