Researchers at the University of Michigan have described a new approach to discovering potential cancer treatments that requires a fraction of the time needed for more traditional methods. They used the platform to identify a novel antibody that is undergoing further investigation as a potential treatment for breast cancer, ovarian cancer and other cancers.

In research published online in the Proceedings of the National Academy of Sciences, researchers in the lab of Stephen Weiss at the U-M Life Sciences Institute detail an approach that replicates the native environment of cancer cells and increases the likelihood that drugs effective against the growth of tumor cells in test tube models will also stop cancer from growing in humans. 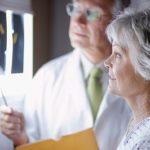