Mutated versions of a gene called PALB2 can dramatically increase a woman’s risk of breast cancer, a new study has found.

Women carrying the PALB2 mutation have a one in three chance of developing breast cancer by the age of 70, British researchers report in the Aug. 7 issue of the New England Journal of Medicine. The risk is even higher for women with a family history of breast cancer, the investigators found.

“If a mutation carrier has a strong family history, the risk would go up to about six in 10 by age 70,” said senior study author Marc Tischkowitz, a researcher with the department of medical genetics at the University of Cambridge. 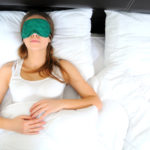