Estrogen receptor (ER)-negative disease comprises 20% to 30% of breast cancer and has a worse prognosis than ER-positive disease.1 Preventive therapy for ER-negative disease is a topic of great interest, particularly as these cancers disproportionately affect younger (premenopausal) women.2

Retinoids, small lipophilic molecules derived from vitamin A, have been studied in this setting.1,3 How these drugs inhibit breast cancer development is not entirely clear, but they are known to interact with several crucial signal transduction pathways, including insulin-like growth factor 1 (IGF-1).4 Rexinoids target the retinoid X receptor, are less toxic than retinoids, and prevent ER-negative tumors in mouse tumor models.3,4

Other cell growth inhibitors being investigated include metformin and statins. Retrospective studies of women with diabetes found a reduced risk of breast cancer as well as some other cancers among those using metformin versus other diabetes drugs. Metformin inhibits both ER-positive and ER-negative cell lines. Therefore, the hypothesized mechanism of action involves indirect inhibition of IGF-1 through reduced circulating insulin levels and direct inhibition of tumor cells through AMPK-mediated mTOR inhibition, leading to decreased proliferation and increased apoptosis. Prospective trials in neoadjuvant and adjuvant treatment have begun, and primary prevention studies are planned.1,8,9

Other commonly used medications, such as bisphosphonates and nonsteroidal anti-inflammatory drugs (NSAIDs), may also play a role in preventing ER-negative breast cancer. Research shows that the cyclo-oxygenase (COX) pathway is inhibited by aspirin and NSAIDs. While aspirin appears to have a small protective effect against breast cancer with long-term use, there is insufficient evidence to determine if this carries over to other NSAIDs.1,8 Some preclinical studies and tumor models suggest COX-2 inhibition prevents ER-negative tumor growth; more studies are needed to better determine efficacy and the risk-benefit ratio of this option.3

Bisphosphonates are used to treat osteoporosis and have demonstrated inhibition of proliferation and angiogenesis with promotion of apoptosis. Evidence from cohort studies suggest that bisphosphonates may also reduce breast cancer incidence by about 30% independent of ER status. These agents are usually well tolerated at lower doses. Prevention studies are ongoing and should provide more insight into the risk–benefit ratio of their use in this setting.1,8

A new study that compared samples from the unaffected breast of 24 women with breast cancer (12 ER-positive and 12 ER-negative) and 12 healthy controls found a distinct pattern of expression among lipid metabolism genes. Compared with control samples, those from women with ER-negative disease overexpressed four genes (DHRS2, HMGCS2, HPGD, ACSL3) while those with ER-positive disease expressed lower levels of UGT2B11 and APOD. Although further research is needed, differential expression of these lipid metabolism genes might help to identify women who are at risk for ER-negative disease and unlikely to derive benefit from SERMs or AIs. ER-specific biomarkers would help clinicians target preventive therapy in a way most likely to benefit the individual.12

Despite evidence demonstrating that existing drugs and agents—including rexinoids and statins—may prevent ER-negative tumor growth, it is clear that further research is needed to clarify the preventive effects and potential toxicities of these identified therapies. However, ongoing investigation will hopefully lead to additional preventive options for ER-negative breast cancer in the future, particularly in patients at high risk for the disease. 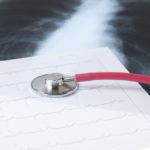