For most patients with breast cancer, the benefits of modern radiotherapy outweigh the risks of future secondary malignancy and heart disease, according to a study published in the Journal of Clinical Oncology.1

Radiotherapy reduces breast cancer–specific mortality in selected patients, but is associated with secondary malignancy and heart disease. The purpose of this study was to determine the long-term risks of radiotherapy using modern doses.

This systematic review and meta-analysis analyzed 647 regimens published between 2010 and 2015. The mean radiation doses were 5.7 Gy and 4.4 Gy for the whole lung and heart, respectively. Rate ratios (RRs) were calculated using standard log rank methods.

Outcomes from 40,781 women with breast cancer were included. The median age at randomization was 56, the mean follow-up period was 10 years, and systemic therapy with tamoxifen was administered in 23% and with chemotherapy in 19%.

According to the authors, “for healthy nonsmokers, the estimated absolute risks of lung cancer or cardiac mortality from radiotherapy add up to < 1%, which, for most women, is much smaller than the benefit from radiotherapy.” 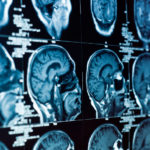