Religiousness/spirituality (R/S) may be associated with health behaviors and outcomes among survivors of breast cancer, according to a study published in Psycho-Oncology.1

R/S is highly prevalent in the United States, and previous studies have provided favorable evidence showing that R/S may alleviate psychological distress, such as anxiety and depression, among survivors of cancer. Its role and impact in determining physical well-being among these patients however, is not well understood.

For this study, researchers assessed the outcomes of 172 survivors of breast cancer who were part of a controlled lifestyle intervention intended to improve physical activity and a healthy diet. Baseline demographic information, such as age, race/ethnicity, education, and income were collected, with a focus on body mass index (BMI), measures of physical activity, and fruit and vegetable consumption. The 4 core dimensions of R/S that were evaluated were beliefs, behaviors, identity, and coping.

Analysis showed that fruit and vegetable intake was positively associated with higher levels of spiritual identity and religious coping, and private prayer was marginally positively related.

Service attendance and religious identity were negatively and marginally related with physical activity, while private prayer was positively associated.

Strong belief in an afterlife and higher frequency of private prayer were positively associated with an increased BMI.

The authors concluded that “faith-based or faith-sensitive lifestyle change interventions have been developed for other groups, but not yet for cancer survivors. Taking R/S factors into account may open new avenues for survivorship interventions.” 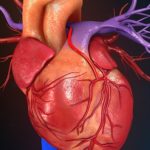