SB3, a biosimilar to trastuzumab, shows similar clinical efficacy, without increased toxicity, to its reference product for the treatment of HER2-positive breast cancer, according to a study published in the Journal of Clinical Oncology.1

Of 1254 patients screened for treatment, 875 were randomly assigned to receive SB3 (437 patients) or trastuzumab (438 patients). Patients received SB3 or trastuzumab, both with chemotherapy, before surgery; patients were stratified by hormone receptor status. The median age was 51 years, 52.8% had stage T2 disease, and 40.9% of patients were hormone receptor–negative. Baseline characteristics were well-balanced.

The authors concluded that “this study demonstrated similarity between SB3 and [trastuzumab]. Patients may continue in a long-term extension study (ClinicalTrials.gov identifier: NCT02771795) that will further monitor safety, event-free survival, and overall survival.” 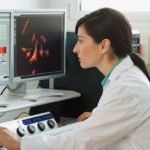