Including women older than 70 in national breast cancer screening programs won’t lead to a sharp reduction in advanced forms of the disease, according to researchers who published their study findings online in The BMJ.

Using data from the Netherlands Cancer Registry, the researchers identified all new cases of invasive and noninvasive (in situ) breast cancer among women between 69 and 75 years old. The women were diagnosed with the disease between 1995 and 2011.

Of the 25,500 cases identified, the researchers divided the women into three groups: those diagnosed before the introduction of the national screening program (1995 to 1997), those diagnosed afterwards (2003 to 2011), and those diagnosed in-between (1998 to 2002). The Leiden University researchers also included 13,000 women between 76 and 80 years old to track rates of breast cancer among older women not eligible for screening.

The researchers concluded that for every one advanced-stage cancer diagnosed by screening older women, about 20 overdiagnosed early-stage cancers are detected. They noted the overdiagnosis and treatment of breast cancer could take a significant toll on a woman’s quality of life.

The researchers added that breast cancer treatments are expensive and may not provide older women, who are more vulnerable to side effects, significant health benefits. “Instead of using mass screening, the decision to participate in the screening program should be personalized, based on remaining life expectancy, breast cancer risk, functional status, and patients’ preferences,” the study authors said in a journal news release. 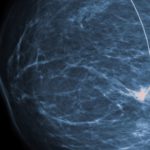