Secondary prophylaxis with granulocyte colony-stimulating factor (GCSF) showed a statistically significant improvement in the achievement of adequate relative dose intensity (RDI) in non-intensive chemotherapy regimens, a new study published online ahead of print in the journal Annals of Oncology has shown.1

For the study, researchers enrolled 407 adult patients receiving adjuvant or neoadjuvant chemotherapy for early breast cancer. Most regimens were anthracycline-based, which may have included a sequential taxane and/or were in clinical trials.

Following a first neutropenic event, defined as hospitalization due to neutropenic fever, an ANC < 1.5 x 109/L requiring treatment delay, or dose reduction of ≥15% of planned dose, participants were randomly assigned to receive filgrastim for 7 days or pegfilgrastim as secondary prophylaxis or standard care.

“This may have important clinical implications for outcome,” the authors concluded. 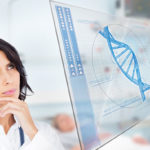