A recent analysis of insurance claims data suggests that end-of-life (EOL) care for women with metastatic breast cancer has been associated with increases in rates of intensive care unit (ICU) visits and emergency department (ED) visits over time. Results of this analysis were published in the journal JCO Oncology Practice.1

In this study, the researchers evaluated claims data from a US insurer for the years 2000 through 2014 to determine patient and treatment characteristics with regard to EOL care for women with metastatic breast cancer. Outcomes of interest were the rates at which these patients had more than 1 hospitalization, more than 1 visit to an ED, a stay in an ICU, and/or antineoplastic treatment in their final 14 days of life.

The researchers identified 2126 women who died of metastatic breast cancer in this analysis, of whom 89% were older than 40 at diagnosis.

“In this study, we find that, despite broadening consensus on less intense EOL care for patients with cancer, frequency of ICU admissions and, to a smaller extent, EOL ED visits in a cohort of commercially insured women who died with metastatic breast cancer has increased over time,” concluded the researchers in their report. 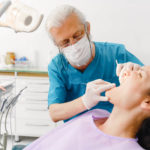