Patients with relapsed or refractory chronic lymphocytic leukemia (CLL) with high-risk features benefited from the addition of the anti-CD20 monoclonal antibody ublituximab to ibrutinib, according to results of the phase-3 GENUINE study (ClinicalTrials.gov Identifier: NCT02301156), published in The Lancet.

The overall response rate in the intention-to-treat population of the study was significantly higher in patients treated with the combination compared with those receiving ibrutinib monotherapy (83% vs 65%; P =.020).

negativity in patients with high-risk chronic lymphocytic leukemia treated with ibrutinib, and, specifically, the role of next-generation anti-CD20 therapies in this setting,” the study researchers wrote.

The study randomly assigned 126 patients with relapsed or refractory CLL to ibrutinib 420 mg with or without ublituximab given intravenously with increasing doses during cycle 1 and continuing at 900 mg for cycles 2 through 6. After cycle 6, ublituximab was given at 900 mg every 3 cycles.

The researchers noted that the trial originally had co-primary endpoints of progression-free survival and overall response rate but was amended because of “protracted patient accrual.”

An overall response rate in the treated population of patients was 90% for the combination treatment compared with 69% for ibrutinib monotherapy (P =.0060).

Additionally, a higher proportion of patients achieved minimal residual disease negativity in peripheral blood, bone marrow, or both in the ublituximab-plus-ibrutinib group compared with those receiving monotherapy (42% vs 6%; P <.0001).

The researchers noted that although the study was not powered for secondary endpoints, several additional findings were notable including worse progression-free survival in patients treated with ibrutinib monotherapy who had del(17p) or TP53; however, “the adverse prognostic impact of these high-risk features was abrogated in those treated with ublituximab plus ibrutinib.”

Disclosure:  This study was funded by TG Therapeutics. 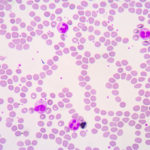