Patients with chronic lymphocytic leukemia (CLL) who are treated with ibrutinib may have a higher incidence of atrial fibrillation (AF) than previously thought, according to a retrospective analysis published in Annals of Hematology.

Among the 298 patients identified from the database, 51 (17%) developed treatment-emergent AF, which included 39 patients with incident AF and 12 with recurrent AF. Among the 21 patients with a history of AF, nearly half — 9 patients — did not develop AF during treatment with ibrutinib.

The study authors wrote that the risk of treatment-emergent AF at 2 years was approximately 16%, “which is significantly higher than that reported in ibrutinib registration trials.” 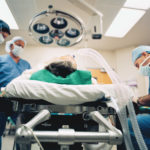