Initial findings from the CLL12 trial on the use of ibrutinib in the treatment of chronic lymphocytic leukemia (CLL) in asymptomatic patients at risk of disease progression found risks in using the agent to be acceptable.

The German CLL Study Group conducted the trial, whose findings were presented by Petra Langerbeins, MD, of the University of Cologne, at the International Workshop on Chronic Lymphocytic Leukemia (iwCLL), in Sydney, Australia. This article reports on Langerbeins’ presentation of the initial safety findings for ibrutinib from the trial.

Chronic lymphocytic leukemia is a blood cancer in which the bone marrow makes too many lymphocytes. The National Cancer Institute (NCI) projects an estimated 14,620 new cases of CLL will be diagnosed in the United States in 2015, and the disease will be responsible for approximately 4,650 deaths. CLL typically occurs in middle-age and elderly adults, more commonly in later decades of life.

Approximately two-thirds of patients with CLL are male, and the disease is more common in whites than Asians. Survival varies from several months to a normal life expectancy, depending on the clinical behavior of the disease.

For patients with asymptomatic, early stage CLL, clinical observation is the standard of care. Typically, treatment does not start until symptoms develop, regardless of the genomic features of a patient’s disease. Prognosis is determined using the Rai and Binet clinical staging systems, which are based on physical examination and blood counts.

Ibrutinib is a novel oral kinase inhibitor that targets Bruton’s tyrosine kinase, an essential mediator of B-cell signaling. Ibrutinib received Food and Drug Administration (FDA) approval in 2014 for the treatment of CLL in patients who received at least one prior therapy or CLL with the 17p deletion (del17p) mutation.

It is also indicated for mantle cell lymphoma in patients who received at least one prior therapy and for Waldenström macroglobulinemia.

This study used a comprehensive prognostic score to identify patients whose early stage, asymptomatic CLL was at risk for disease progression. It is the first prospective, placebo-controlled, double-blind, phase 3 trial to investigate if ibrutinib improves event-free survival in asymptomatic patients with early stage CLL.

Asymptomatic CLL was classified as intermediate, high, or very-high risk and patients were randomized one-to-one to receive ibrutinib 420 mg daily or placebo on 28 day cycles.

However, the CLL subtype responds to treatment with ibrutinib as well as idelalisib, another novel oral kinase inhibitor. 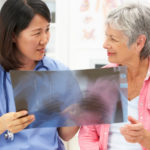