The incidence of diffuse large B-cell lymphoma (DLBCL) among Hispanic individuals and chronic lymphocytic leukemia (CLL) among non-Hispanic black individuals was associated with urban status, according to a study reported in Clinical Lymphoma, Myeloma and Leukemia.

In addition, for non-Hispanic blacks, living in a nonmetropolitan urban area was linked to a higher incidence of CLL compared with living in a rural area (IRR, 1.49; 95% CI, 1.27-1.72).

“Overall, our findings suggest that factors related to urban status may be associated with DLBCL and CLL pathogenesis,” the study authors wrote. “Our results may help provide epidemiological clues to understanding the racial disparities seen among hematological malignancies, particularly regarding the risk of DLBCL in Hispanics and CLL in non-Hispanic blacks.” 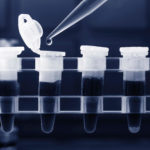