To explore this topic further, Dr Waller and colleagues have designed a prospective clinical trial that will give patients duvelisib, a commercially approved PI3K inhibitor, prior to the collection of their T cells.

Joseph A. Fraietta, PhD, director of the solid tumor immunotherapy laboratory, Center for Advanced Cellular Therapeutics at University of Pennsylvania, Philadelphia, and his team conducted similar research looking at the role of ibrutinib in enhancing CAR-T cell function.2 Their 2016 study showed that patients with CLL who had received 5 or more cycles of ibrutinib therapy had improved expansion of CD19-directed CAR-T cells.

Dr Fraietta called the work by Dr Waller and colleagues timely and relevant because PI3K inhibitors are part of the regimen of targeted agents used for the treatment of CLL.

“The fact that their use could also make the T cells better is like an added bonus,” he said.

Patients diagnosed with CLL are typically older, and would typically start the CAR-T manufacturing process with a defective population of T cells; this isn’t ideal for the optimization of the resulting CAR-T therapies. These exhausted T cells would be subjected to a very rigorous manufacturing process, with the addition of a lot of growth factors, and be given strong stimuli so that they expand and double, Dr Fraietta explained.

“This [research] seems like a pharmacologic intervention that we can do ex vivo to prevent further differentiation of cells and maintain some of the qualities of younger T cells or early memory T cells,” Dr Fraietta observed.

He also pointed out that the PI3K inhibitors seemed to allow the cells in culture to maintain T-cell stemness. 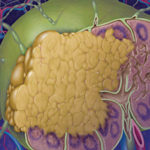