Tyrosine kinase inhibitors (TKIs) have revolutionized the treatment of chronic myeloid leukemia (CML) since the introduction of imatinib (Gleevec®) in 2001. More than 90% of patients now experience long-term survival,1 and it has been suggested that patients who have CML controlled by TKIs may now experience greater impact on their quality of life from drug side effects than from CML itself.2 These side effects are varied and patient-specific, but include cardiovascular, endocrine, pulmonary, and gastrointestinal toxicities. However, one of the most commonly reported and least-researched side effects are muscle complaints and correlated fatigue as a result of treatment, which has been reported by up to 80% of TKI users.3

A study published in Leukemia sought to investigate these muscle complaints, and involved 20 CML patients on TKIs (10 with muscle complaints and 10 without), as well as a further 10 healthy people without CML who were not administered TKIs. 4

“The spectrum of TKI-induced muscle complaints varies from muscle cramps to pain, weakness, and stiffness, and most often occurs in the extremities. Although the muscle complaints are mild to moderate in the majority of the CML patients, symptoms may be very disabling and impair quality of life,” said Lando Janssen, MD, first author of the paper and a PhD candidate in hematology and physiology at Radboud University Medical Center in the Netherlands.

For the first part of the study, all participants were put through a task designed to measure the strength of their muscles as well as whole-body fitness using a cycling ergometer test. One of the tests also evaluated the propensity for fatigue of a major leg muscle.

Further investigation looking at the contractile properties of the fatigued muscle revealed that muscle contraction was slower — and that relaxation tended to be longer — in muscles of CML patients with complaints when compared with those patients without TKI-induced muscle complaints. 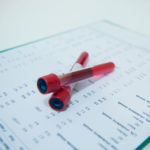