Switching from a tyrosine kinase inhibitor (TKI) to interferon-alfa (IFN-a) is an option for patients with chronic myeloid leukemia (CML) planning to undergo ovarian stimulation to avoid a potential irregular ovarian response, according to a case report published in The Oncologist.1

The authors detailed the case of a 26-year-old woman diagnosed with CML in February 2005 who initiated imatinib 400 mg daily and had a complete hematologic response. The drug was, however, discontinued in March 2012 after the patient acquired treatment resistance.

The patient initiated dasatinib and then nilotinib; the former was discontinued because of toxicity and the latter because of disease progression. Hematopoietic stem cell transplantation (HSCT) was subsequently planned.

The patient and her husband were referred to the reproductive medicine unit to discuss fertility preservation options given the high gonadotoxicity of HSCT. Approximately 3 weeks after discontinuing nilotinib and while on IFN-a, the patient underwent successful ovarian stimulation, mature oocyte retrieval, in vitro fertilization, and zygote cryopreservation.

In February 2014, the patient underwent allogeneic HSCT from peripheral blood with a myeloablative conditioning regimen containing busulfan and cyclophosphamide and graft-vs-host prophylaxis. Three years after transplantation, the patient had a complete hematologic response with major molecular response.

Both embryo and oocyte cryopreservation are established fertility options, but one concern is that treatment must be delayed until after egg retrieval. Ovarian tissue cryopreservation is an option for women who are prepubertal or for those who are unable to delay cancer therapy for 2 to 3 weeks while undergoing egg or embryo cryopreservation. This option is, however, experimental, and there is insufficient evidence regarding the effectiveness of ovarian suppression as an approach for fertility preservation. Women undergoing pelvic radiation can be offered oophoropexy. 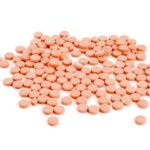