Among patients with chronic myeloid leukemia (CML), the development of new somatic mutations predicts treatment failure with tyrosine kinase inhibitors (TKIs), according to a study published in Blood.1

TKIs, which target the BRC-ABL fusion protein, have markedly improved the life expectancy of patients with CML. Some patients develop resistance to this class of drugs, though such resistance is not fully understood. For the present study, researchers evaluated whether preleukemic somatic mutations affect treatment effectiveness in CML.

Serial samples were obtained for 100 patients with CML; targeted deep sequencing was conducted to profile variants in 92 genes known to mutate in this disease setting.

A series of patterns were revealed through deep sequencing, the most salient of which is referred to as “Pattern 2,” and predicts that patients will fail TKI treatment if new mutations are acquired after treatment initiation.

Persistence of mutations after therapy initiation does not, however, predict treatment failure.

The authors conclude that although mutation patterns differ greatly among patients, correlations were drawn that have clinical implications. 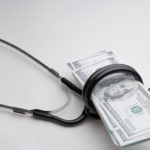