Cancer care is haunted by issues surrounding cost and oral cancer drugs are a stark example. For patients with chronic myeloid leukemia (CML) and multiple myeloma (MM), orally administered drugs have become a mainstay of treatment, but the insurance coverage of these drugs can be different than coverage for infused medications, which can leave patients with higher out-of-pocket (OOP) costs.

Patient advocates have pushed for laws that require insurers to charge patients the same amount for oral medications and intravenous drugs. So far, 43 states and Washington, DC, have passed such legislation, known as oral oncology parity laws.1

According to a new, multicenter study led by Stacie Dusetzina, PhD, who researches health policy at Vanderbilt University School of Medicine in Nashville, Tennessee, these laws aren’t necessarily helping.2 The study examined insurance claims from 2008 to 2017 — before and after parity laws were passed — in order to compare OOP spending, adherence, and discontinuation among patients with CML taking tyrosine kinase inhibitors (TKIs; 2082 patients) and patients with MM taking immunomodulatory drugs (IMDs; 3326 patients).

“Requiring medical and pharmacy benefits to be similar to one another does not ensure that either are generous,” said Dr Dusetzina, who called the findings, published in the Journal of the National Cancer Institute in December 2019, “disappointing.” She explained that people with already low payments before parity were the most likely to benefit from the laws, which was not their intention.

Tina Shih, PhD, professor in the department of Health Services Research at the University of Texas MD Anderson Cancer Center in Houston, emphasized that the jump in the number of patients with no OOP costs was more likely the result of changes in the Affordable Care Act rather than the passage of parity laws. “Even among the group of patients who are most likely to benefit from oral oncology parity laws,” commented Dr Shih, who was not involved in the research, “they appeared to have provided limited benefits in the private insurance market.”

Not everyone agrees that parity is a major issue with oral oncolytics. The only difference, said Yousuf Zafar, MD, MHS, director of the Center for Applied Cancer Health Policy at Duke University in Durham, North Carolina, is the timing of payment: oral drugs are paid for at the pharmacy counter whereas intravenous drugs are billed for months later. Perhaps more concern, according to Dr Zafar, should be placed on how OOP spending decreases adherence among all patients.

Indeed, the impact of parity laws on adherence appeared lackluster in the study. Both fully insured and self-funded patients showed an increase in adherence and discontinuation after the laws were enacted, but the laws weren’t responsible for the change, which were slight. For example, among fully insured patients taking TKIs, adherence increased from 71.3% to 74.7%. “Even for people who have health insurance and who live in states that passed parity laws,” says Dr Dusetzina, “cancer treatment may still be very expensive.” 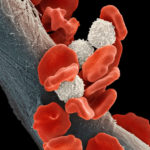