Noncoding RNAs contribute significantly to disease, but have been tricky to study because they don’t code for proteins. “We came up with this idea to try to tackle the splicing sites,” says Wensheng Wei, PhD, professor at Peking University, who led the study. Dr Wei is also the founder of EdiGene, Inc, as well as the vice director of the Chinese Association of Gene Editing. “When we target [the splice sites] using single-guide RNA, we can get either intron retention or exon skipping, basically interrupt the RNA splicing.” Exon skipping introduces huge deletions in transcript, and retaining large introns can interfere with the RNA being able to resume its proper conformation.

Typically, a CRISPR–Cas9 screening library introduces cuts, creating frameshift mutations that disrupt the protein sequence and cause a loss of function. In lncRNAs, there’s no reading frame, so frame-shift mutations are meaningless; gene knockout cannot occur.

Dr Wei’s group first approached the problem by using paired gRNAs to chop out sections within the noncoding gene, knocking it out. But introducing 2 guide RNAs each time created a technological barrier to scaling up, he said.

Another approach, published by researchers at the University of California, San Francisco (UC San Francisco), is to use CRISPR interference (CRISPRi) to prevent the lncRNA from being transcribed. This technique employs a deactivated form of Cas9 that binds, but doesn’t cut, the DNA, blocking transcription. The downside of this approach, however, is that it can also inhibit transcription of nearby genes. 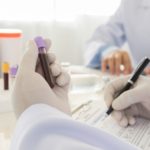