Local resection may be adequate for localized parathyroid carcinoma, according to the results of a National Cancer Database study published in the European Journal of Surgical Oncology.

However, guidelines from the American Association of Endocrine Surgeons for the management of primary hyperparathyroidism indicate that “…if [parathyroid carcinoma] is encountered, en bloc resection should be performed if necessary to avoid capsular disruption, but prophylactic central or lateral neck dissection should be avoided.”

In addition, the study authors pointed out that radical surgery “can cause significant morbidity in the form of recurrent laryngeal nerve palsy and muscular dysfunction of the neck and shoulder.”

After multivariable analysis, radical surgery was found to have no significant association with overall survival (OS). Neither did positive nodal status and unknown nodal status. There was no difference in OS between patients who had undergone local resection and those who had undergone radical surgery, with median survival not reached in either group at 10 years (median follow-up, 60.4 months; P =.20). The researchers did find several factors associated with worse survival including age above 75 years, unknown ethnicity, and government insurance.

“We propose that patients who are found to have parathyroid carcinoma after undergoing [local resection] for a presumed benign indication may be safely and closely monitored for recurrence, rather than be committed to the morbidity of [radical surgery],” the researchers wrote. “This affirms current guidelines that recommend against routine ipsilateral thyroidectomy and lymphadenectomy.” 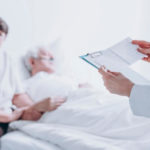